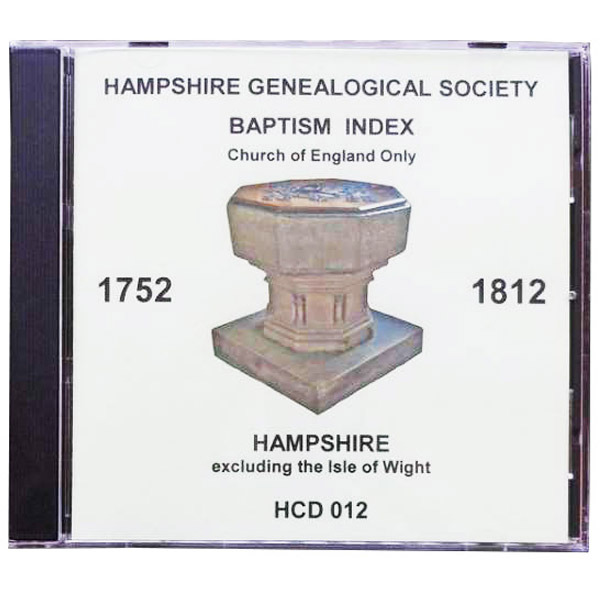 A searchable index to Anglican (Church of England) baptisms in mainland Hampshire for the period 1752 to 1812. Excludes the Isle of Wight. It is a superb resource for those researching their Hampshire family ancestors before the date of compulsory civil registration in 1837.

As with all early registers, those up until 1812 are sometimes very difficult to read, although by this time the records were more likely to be written in English than Latin.

Until 1754 it was common to find baptisms entered in a single volume together with marriages and burials. Initially they would probably only record the name of the child, the date of the baptism, and the name of the father. Some may note the name of the mother. After the Marriage Act of 1754, baptisms are likely to be recorded in the same volume as burials, separate from marriages.