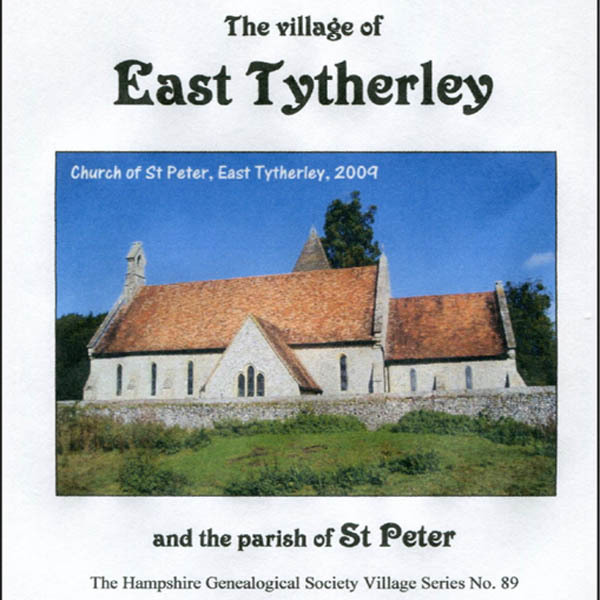 This twelve page booklet includes a great deal of historical information covering East Tytherley including not only the gentry but also the teachers, publicans and ordinary people. To assist with your research, useful references for East Tytherley d

East Tytherley (VB089) is a cpmprehensive study of the history of this rural Hampshire village and the parish of St Peter. It is located six miles south-west of Stockbridge and seven miles North West of Romsey. At time of the Domesday Book this area was part of Tiderlei but soon after was divided inro east and west. The church dates from the 13th century and was extensively improved during the latter part of the 19th century. The CARR family were associated with the village pub, the Star, for many years. The family was an ancient one in the parish although known as KERR until it changed in the 1820s. Other surnames of ancient families in the parish mentioned include ARTHUR, SOUTHWELL, TUBB & WHITLOCK.

East Tytherley Village Booklet by Roy Montgomery and Hampshire Genealogical Society (HGS) is licensed under a Creative Commons Attribution-NonCommercial-NoDerivs 3.0 Unported License. Based on a work at www.hgs-familyhistory.com.