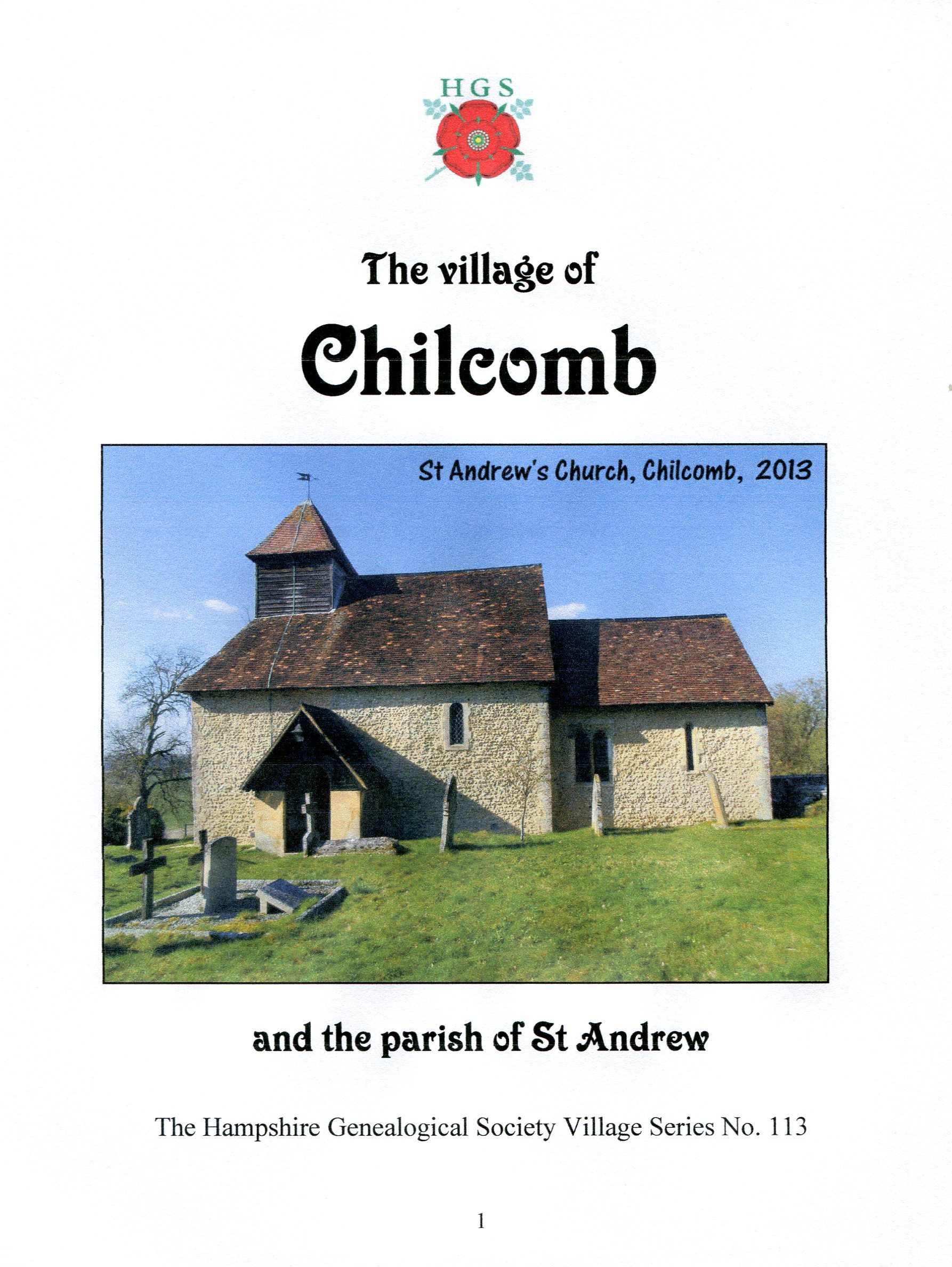 This twelve page booklet includes a great deal of historical information covering Chilcomb and includes not only the gentry but also the teachers and ordinary people.  To assist with your research, useful references for documents and records for both parishes held at the Hampshire Record Office are given throughout, together with other sources and website addresses with more information.

Chilcomb (VB113) is a relatively unpopulated parish apart from Bar End and Winnal that became part of the expansion of Winchester from the late 19th Century.  The village is 2 miles SE from Winchester with the A31, and later the M3, running through it.  The River Itchen, the Itchen Naviagation canal and flood meadows are in the west.  A detached part of the parish is at Longwood Warren to the south-east.  The registration district was Winchester from 1832 to 1894 following which the separate parishes of Chilcomb Within was created until 1902 and Chilcomb Without until 1932, after this both reverted back to Winchester until 1974.  Among the local family names appearing across the centuries are COLLINS, CORDERY, FOSTER, and HOOKER.

Chilcomb Village Booklet by Roy Montgomery and Hampshire Genealogical Society (HGS) is licensed under a Creative Commons Attribution-NonCommercial-NoDerivs 3.0 Unported License. Based on a work at www.hgs-familyhistory.com.