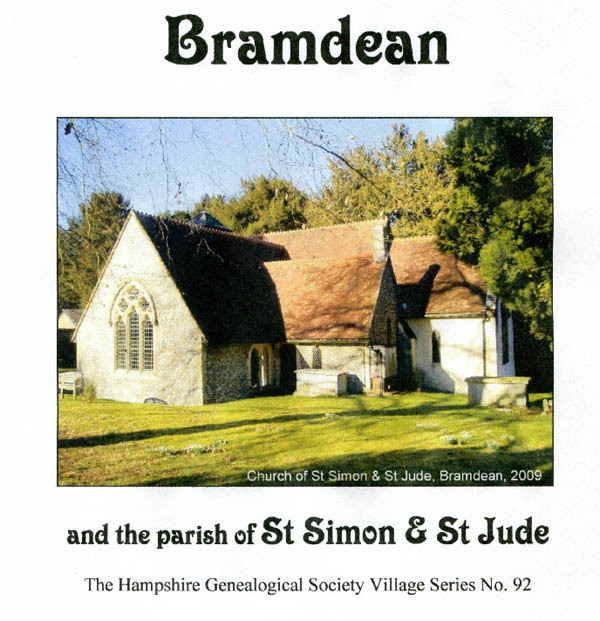 A small parish with the village about 4 miles south-east of Alresford, 9 miles east of Winchester, and is on the A272 from Winchester to Petersfield.

The village is in a broad valley between sloping hills and contains the source of the River Arle, a tributary of the River Itchen. Most of the land is farmed with the Bramdean Common open space and woods in the north of the parish. The Saxon name of Bromdene is a reference to a valley where the broom grew. Later versions of the name were Brondene in the Domesday Book followed by Bramdeane or Bramdean since the late 16th Century.

Bramdean Village Booklet by Roy Montgomery and Hampshire Genealogical Society (HGS) is licensed under a Creative Commons Attribution-NonCommercial-NoDerivs 3.0 Unported License. Based on a work at www.hgs-familyhistory.com.