On 28 January 1830 Frances MARCH aged 32 drowned her infant child Amelia and then herself.

This tragic  murder and suicide in  West Meon was reported in the Hampshire Telegraph on 8 February 1830. Two days earlier the Hampshire Advertiser had described the same event.

The drowning occured in a tub of water usually used as a foot-bath.  Her husband Lancelot Foquett March and mother-in-law Mary March were absent at the time.

The coroner Mr J H TODD held the inquest on both deaths. Evidence given indicated that the mother had suffered from a liver complaint for up to three months previously.  She also suffered depression brought on by the irregular habits of her husband.  The anxiety about the ultimate fate of her children resulted in progressive symptoms of insanity.  This resulted in her expressing concern over the fate of her youngest child who she wanted to die with her.

The verdict was that Frances, not being of sound mind, killed herself and her daughter by drowning in West Meon. The entry in the Hampshire Advertiser contradicted itself because it said that the inquest was on Frances and her infant son.  Later in the report it gave the correct details when reporting the verdict. 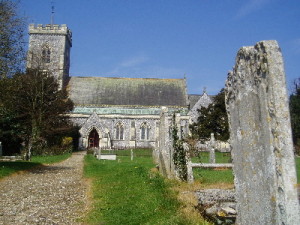 Origins of the rare Lancelot Foquett given names are not known but may relate to the Isle of Wight family of that name. Lancelot FOQUETT lived at East Cowes in the late 18th Century and was Master of the Medena Masonic Lodge from 1779 to 1787.  He died in April 1797.  There was another Foquett family in Christchurch in the 18th Century.