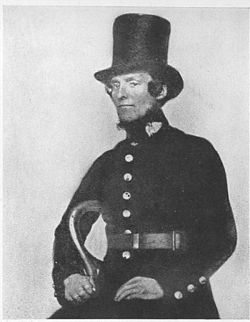 A Portsmouth police gas explosion in 1855 caused the death of two policemen, injured eight others and destroyed part of the police station.

The explosion occurred on the evening of Saturday 24 March 1855 at the police station near the North Gate of Portsmouth Dockyard.  At the time a group of officers were in the dining room.  The explosion happened when one of the officers, while looking for the source of a smell of gas, put a lighted piece of paper between the stove and the framework.

Nine police officers received serious injuries and were sent to Haslar Hospital. The injured were Inspector Henry STROUD, Sergeant Thomas RIPLEY, and Constables William HELMS, Daniel PALMER, Henry NEVILL, Edward LANE, James WASSELL, Thomas SYDENHAM and James GILES.  They all had fractures to the lower limbs with Thomas SYDENHAM also having fractured ribs and James GILES having fractured bones in both hands and a wound in one eye.

The police station itself was partly destroyed.

Two policemen died as a result of their injuries. One died the following day and the other almost a week later.

James GILES aged 32 was the first to die.  He had a fracture to his right thigh as well as to both hands plus an eye injury and died from these wounds the following day at about 4-30am. He left a wife and family with a baby expected soon.

The second fatality was Inspector Henry STROUD. His injuries were so severe that both legs were amputated on Wednesday and he died on Friday from mortification that had set in.  He left a widow, an aged mother, and a child who he had adopted after the father had died at sea.

Details of the gas explosion and James GILES’s inquest were fully reported in the 31 March issues of both the Hampshire Telegraph for Portsmouth and the Hampshire Advertiser for Southampton.  The inquest was held in Haslar Hospital by the County Coroner CB LONGCROFT where witness statements detailed the circumstances

Details given by William MILLER at the inquest revealed exactly what had happened.  The officers were in the dining room when Sergeant RIPLEY came in. He talked about the unreported smell of gas that had been present for three or four days.  RIPLEY then took a piece of paper from his pocket and lit it from a gas light before starting to look for where the smell was coming from.  When he put the lighted paper between the stove and the frame work the gas explosion took place.  William MILLER was rendered unconscious and could not remember anything further until he regained consciousness when taken outside.  Fortunately he was not seriously injured and did not require hospitalisation.

The other witnesses were the Clerk of Works Henry WOOD with John William RUSSELL who was his clerk and John SWAFFIN who was his messenger, plus George GARNETT who was a gas engineer, William FABIAN who was the Foreman of Works, and Henry Watson HALL who was the Director of Dockyard Police.  The source of gas causing the explosion was a leak in the gas pipe in the road some way from the police station, from which the gas travelled back along the outside of the pipe.  The jury returned the verdict that James GILES died as a result of the explosion.  They stated that nobody was to blame but they added that the present system of reporting incidents in the dockyard had to be looked at and lines of communication had to be improved.

Brief mention was made at the end of both newspaper reports that Henry STROUD had died.  Mention of his inquest was made in the Portsmouth paper the following week but the details were unchanged.

Using the Census for Family History

What is the purpose of taking a census? It certainly was not originally intended to help would-be genealogists! Run by the Office of National Statistics [ONS] and completed every 10 years since 1801, this year it is on Sunday 21st March. They say they are making it easy for everyone to take part because you […]

Our research team at the University of Newcastle (Drs Shaw, Donnelly, Burke and Parkes from the School of Education) are conducting research into family history and DNA testing and its impacts on people’s understanding of themselves and their place in history, as well as some general demographic information. To this end, we are conducting an […]

Over 50,000 Hampshire records added to Findmypast

The Findmypast collection of Hampshire records is growing with the addition of over 50,000 records for various parishes in the north east of the county. These records have been released in conjunction with Surrey County Council. Parish records pre-date the introduction of civil registration in 1837 and are a vital source of information. Details of […]