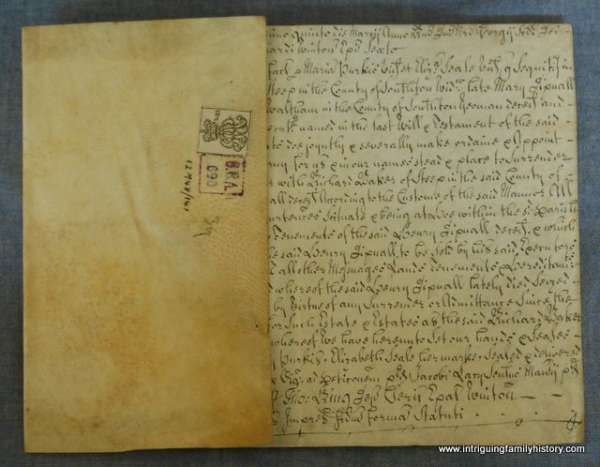 How wills can help your family history research

Find out how family details extracted from old wills can help your research and sometimes raise more questions, as shown in this example. 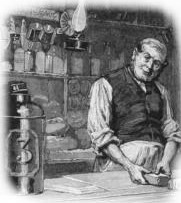 Many wills in the Hampshire Record Office are originals.  Others have been copied into various legal documents.  One example is that of John BUTT of Warnford (acquisition ref 54M67/13). He wrote his will on 24 December 1777 describing himself as a shopkeeper.

His dwelling was known as ‘Edwards’ and had a garden orchard and paddock.  He left this to his wife Hannah for her lifetime.  Other bequests were £100 to his daughter Mary’s son John, and £50 each to Mary’s daughters Mary and Lucy.

He gave his daughter’s husband’s name as John BIGNELL. On his wife’s death her bequests would pass to John or if he was deceased divided between his sisters.

Hannah was named as his executrix and was still alive at his death when probate was granted on 11 January 1779.  Witnesses were Harry HAYES and Honour HAWKER, who made her mark.

What further research tells us

By using the HGS indexes I’ve found the burial of John BUTT in Warnford on 28 January 1777.  This raises a problem because it appears that he was buried before he wrote his will.  Obviously one of the dates is wrong.  Maybe the burial date or the date copied into the document or even the date I recorded when I read the document.

Less contentious was Hannah BUTT‘s burial in Warnford on 15 December 1795.  Their daughter Mary was baptised on 14 October 1744 in nearby Exton and was possibly their only child.  Mary married John BIGNELL in Warnford on 6 December 1765.  After a gap the first baptism of John and Mary’s children to be found was for their daughter Mary in Botley on 7 February 1773. Son John was baptised in Botley on 25 December 1775 but no baptism for Lucy can be found.

No other children were mentioned among the bequests which makes it probable that Mary was their only child.  The other item that appears to be missing was the marriage between John BUTT and Hannah.  The only possibility found in the HGS marriage index is when John BUTT married widow Anne SMITH in Winchester St Bartholomew on 22 August 1747.  This was after Mary’s baptism, but nothing is impossible.  This also demonstrates how old wills can not only answer questions but can also create new ones.

See the resources the Hampshire Archive has on wills and don’t be put off from using this invaluable resource.