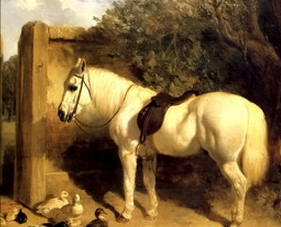 Who was this farmer Budd who was thrown from his horse?

The Budd family Hampshire… It doesn’t seem to matter which Hampshire document you look at from the earliest of parish registers, wills, court assizes or as in this instance old newspaper articles, the surname  BUDD appears over and over again.

The BUDD family surname is entrenched in Hampshire history. Here is an intriguing conundrum for those with an interest in the name Budd to solve.

This was spotted from the Portsmouth Telegraph newspaper by Roy of the HGS research centre in Cosham.

One item in the report from Winchester dated Saturday 29th March was the death of Farmer BUDD. This event apparently happened on the Wednesday evening when he was returning home to Medstead from Alresford. He was thrown from his horse and killed instantly. At the inquest the Coroner returned a verdict of accidental death.

Farmer BUDD was probably William BUDD who was a yeoman. According to the HGS Burial Index he was buried in Medstead on 25th  March 1800. If the report was correct the incident occurred on Wednesday 26th March. Look carefully at the dates. They suggest that he was buried a day before he died. Another of those improbable things in life.

The burial date comes from the HGS Burial Index, which was checked against a fiche copy of the burials. The index date is what was written in the register. A number of William BUDDs lived in Medstead at that time so it’s not possible to identify who this particular person was. However there is a will in the HRO under 1800P/04 that is probably his. This needs closer inspection to reveal who the beneficiaries were and so possibly identify him.